It seems as if conversations around ad tracking have gone mainstream. From the WSJ to the now-famous WallStreetBets Subreddit, it’s no longer just advertisers who are pondering the true impact of the iOS 14’s privacy update, investors are also starting to take notice. For those of you that don’t know, Apple included a new privacy data feature to the next update of iOS 14. This feature requires user permission to track their data across applications from other companies. This recent change could have severe implications for our ad ecosystem.

In light of such a bold move from Apple, one would expect a show of unity from Google and Facebook. However, each company chose radically different communication strategies on how they plan to address the threat. Could this be an indication of their respective levels of preparedness? Which platform has more to lose?

The communication strategy around this change has been fascinating to watch, and it seems Google is coming out ahead. The Mountain View firm focused its narrative on technical solutions while Facebook went for a moral high ground some don’t think it has the right to claim.

In October 2020, Google communicated the promising results of their FloC methodology. The idea behind Federated Learning of Cohorts (a concept first introduced by Google to the W3C in early 2020), is that 1 to 1 tracking between an ad and a user can be replaced by cohort-based reporting. Under this new framework, campaign attribution is no longer a matter of reporting on individual user outcomes, but of estimating the likelihood of a specific action based on anonymized datasets of user groups and their patterns. In fact, Google decided to stop collecting IDFA parameters entirely. IDFA is the acronym for Identifier for Advertisers and is a unique code assigned by Apple to a user’s device for ad tracking purposes. The decision to ignore IDFA data and opt-out of Apple’s Ad Tracking Transparency framework speaks volumes to their confidence in the FLoC methodology.

Here is a message shared by one of their Product Managers:

“When Apple’s policy goes into effect, we will no longer use information such as IDFA that falls under ATT for the handful of our iOS apps that we currently use for advertising purposes. As such we will not use the ATT promo on these Apps, in line with Apple’s guidance.”

At Silverback, our retail partners found a high level of reliability in Google’s Store visits measurement solution, an anonymized tracking methodology also based on the principle of statistical extrapolation. However, this is not to say Google will be unharmed by ATT. The same webinar referenced above explains advertisers will need to consolidate their campaigns to keep conversion insights, and in some cases, opt-out of ROI-based bidding entirely. For advertisers, the impact of such campaign consolidation and the accuracy of simulated conversions remains to be seen.

Facebook’s communication strategy has centered around challenging the soundness of Apple’s update. This was first seen with the “Apple Against the internet” campaign in December and relayed through multiple posts on the negative impact of ATT (and the not-so-subtle PacMan/Apple comparison).

At first, the narrative seemed targeted at small-to-medium size companies (also known as SMBs), a business segment accounting for 75% of Facebook’s ad revenue. Most of these businesses rely almost exclusively on Facebook’s cookie-based tracking pixel for ad campaign measurement. But then Mark Zuckerberg himself sent out this most virulent critique:

“Apple has every incentive to use their dominant platform position to interfere with how our apps and other apps work, which they regularly do to preference their own.”

Some speculate Facebook is more vulnerable to this change because it does not benefit from a trove of user intent data sourced from its own properties like Google does (consider Gmail, Maps, Android). Instead the company relies heavily on its tracking pixel to model audiences for targeting, a process threatened by Apple’s ATT opt-in model.

There is an old French saying that goes “La meilleure défense est l’attaque” (The best defense is attacking). In this particular case, given the strong criticism Facebook has already been fighting on multiple other fronts, was it really wise to open yet another battlefront? 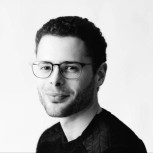 Louis is our COO and has a passion for all things Tech. When he's not dissecting Apple's latest earnings report, you'll find him training for his next triathlon somewhere in the hills of Virginia. Creative Testing: How to Maximize Success How to Do Authentic Marketing Top-Down vs. Bottom-Up Budgeting: Which Should You Use? Digital Marketing Strategy Frameworks (+ How to Use Them) 10 Characteristics of a Healthy Marketing Team How to Convert Web Traffic into Leads